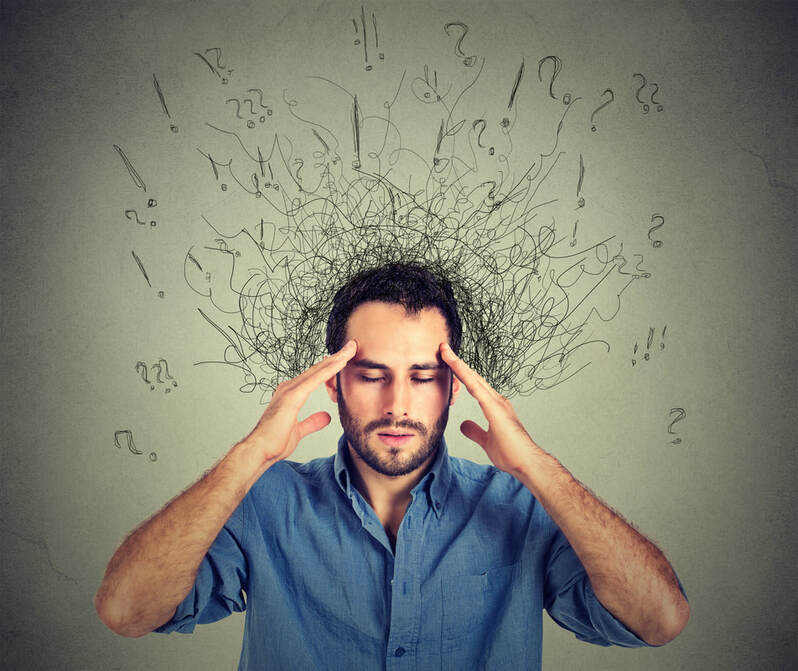 Anxiety is a familiar feeling that normally serves a purpose by alerting you to possible threats and prompting action to avoid or mitigate harm. However, the body's natural anxiety responses can misfire or be mismanaged, resulting in anxiety disorders that interfere with your life. Anxiety disorders are startlingly common, with over 40 million adults in the U.S. suffering each year . While treatable with medication, the common pharmaceutical drugs used do not always work effectively for everyone—the disorder may not improve, or side effects may be too much to bear. An answer to alternative anxiety products comes from research on cannabidiol and how it affects the body.

How Do Cannabinoids Work?

Cannabidiol, or CBD, is one of the primary active compounds in cannabis, collectively called cannabinoids. In contrast to THC, many of these, including CBD, are non-intoxicating. Cannabinoids all interact with receptors throughout the nervous system and other organ systems—broadly referred to as the endocannabinoid system— by emulating the matching neurotransmitters your body produces. Endocannabinoid receptors promote homeostasis by governing hunger, emotion, sleep, and other physiological processes; cannabinoids can stimulate or inhibit matching receptors to influence these responses or properly regulate them when there is a deficiency of the correct neurotransmitter.

The Effects of CBD

Research on how cannabinoids affect the body is ongoing, but many applications have already been discovered. CBD, in particular, is one of the most well-researched cannabinoids to date. In particular, two receptors sensitive to CBD, called CB1 and 5-HT1A, are distributed through the body and work to modulate homeostatic processes such as appetite, sleep, and memory formation, as well as to manage physiological responses like pain, anxiety, and nausea. Studies indicate that products containing CBD binds to these receptors as an agonist to activate them, likely linked to the calming and antiemetic effects of CBD products.

How CBD Can Help Curb Anxiety

Serotonin is one of the most influential neurotransmitters in the body, and anxiety disorders are frequently linked to serotonin deficiencies that result in unchecked anxiety responses. Selective serotonin reuptake inhibitors (SSRIs) are a broad class of pharmaceuticals used to treat anxiety and depression, but their efficacy and side effects vary among users. CBD essential oils and other products may be an attractive alternative. 5-HT1A is one of many serotonin receptors, and evidence shows CB1 also influences serotonin signals, so CBD can be taken to boost signaling in patients suffering from anxiety related to low serotonin levels--a hypothesis supported by studies comparing bodily responses associated with anxiety in CBD users to control groups. Many people suffering from anxiety disorders fail to get effective treatment. With more research and development of CBD products, they may get the relief they need to live their lives.